If you want to reach quickly good visibility there’s only a way: your video should attract several clicks in a short amount of time.
To get this goal think how to change thumbnail on Youtube with something astonishing or at least eye-catching.
Changing the picture related to a video is pretty easy, just a matter of a few minutes if you know what you do.

Let’s take a look at the theory first, then we’ll see how. As said, the thumbnail of a video has a big importance. There will be many positive effects on many situations, as well as on YouTube. If you are running an email marketing campaign just think about what can happen by putting a nice custom thumbnail at the bottom of your email. 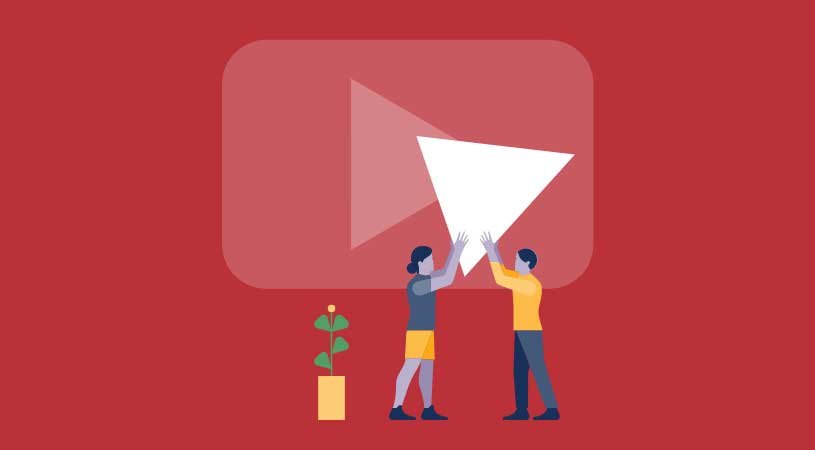 YouTube’s users perform different types of searches: perhaps they are looking for a song within a musical genre, and they type for example “hard rock”.

In that case, your video thumbnail may appear in a very long list of results. Visitors’ eyes will scroll quickly by reading the titles and authors, but also by looking at the thumbnails.

The power of images on human perception is always incredible. Especially in particular conditions, for example of tiredness or while you are doing other things, the visual channel can have a greater impact than words.

Or maybe our YouTube user is looking for a particular song or musician. However, even in this case you will see a long list of thumbnails in the right column. These are the videos that YouTube suggests as related in some way to research.

You don’t know exactly where your video will end up. Once again an image with the power to attract clicks can make a huge difference in terms of audience.

Improving the video’s CTR to trigger a virtuous circle

even with the same number of impressions, a thumbnail that intrigues users enough to click on it more than on other videos will greatly improve a factor called CTR.

CTR is an acronym that means Click Through Rate, that is, it indicates the relationship between the impressions (the times that the thumbnail appears in a user’s searches) and the clicks that correspond to as many real views on YouTube.

Furthermore, a high CTR is interpreted by YouTube itself as a positive rating of that video. The algorithm assumes that you like that video more than the others and rewards it by making it appear higher in search results.

How to change thumbnail on Youtube in few simple steps

Now that there are no longer any doubts about the importance of a good thumbnail, let’s see how to practically replace it.

1) In general, if you have just finished uploading your video, you can choose one of the three thumbnails generated automatically by YouTube or upload one yourself.

An image taken at random may be suitable and captivating, anyway we are strong supporters of the need to replace it with a specially designed one.

2) Please note that to upload custom thumbnails, you must have a verified account and no copyright issues. Under “Thumbnail”, select Upload Thumbnail.

3) Choose the file you want to use as a custom thumbnail and finally select Save.

Your thumbnails must be 1280×720 pixels in size and weigh less than 2MB. The minimum image length is 640 pixels. Use .JPG, .PNG, .GIF or .BMP files for your thumbnail.

4) If you already have a thumbnail and want to replace it, go to https://studio.YouTube.com and select “Video” from the menu on the left. A list of all the videos you have uploaded will appear.

5) Then select the video you are interested in by clicking on the title or thumbnail.

Graphic Editing Tips for your Thumbnail

As you have seen, adding or editing the thumbnail of your video is pretty simple, you could even do it from your mobile. Of course, the image you are going to use should be of good quality and you may be more comfortable with desktop PC graphics software like Photoshop or Gimp to create it.

You can start from a frame of your video, take a screenshot (by pressing Ctrl + Stamp simultaneously) and paste it into your graphics software.

Or you could start from scratch or eventually from any other image and then edit it. The important thing is that this image is consistent with the video content.

Consistent means that it should be somewhat effective and representative, but not necessarily explicit. It could also be an abstract image.

You can select and download a picture to use as background from one of the many image databases, for example Burst or Unsplash.

In general, it is preferable to choose a good figure/background contrast and a few elements. Keep It Simple!

Still other factors being equal, it is better to zoom in on a single detail. A close-up on the head of a guitar might be more interesting than the whole stage during a concert.

You could find this kind of image on the same databases we said above.

If you prefer a symbol or icon to put on the foreground then you can search on this site: IconFinder.

The important thing is to find and use your own style. If what is represented in the video already has its own logo, its corporate colors or even just its look and feel, then it will be better to keep them in mind also in the thumbnail.

If you are still looking for inspiration and color combinations try taking a look here: ColourLovers.

Once the appropriate style has been found and implemented, all the thumbnails of the channel must be consistent with this graphic choice.

Someone adds some text to the image, for example the title of the song. In this case it is better to look for the proper font on the net, instead of using the usual presets of graphics software, on a site like Dafont.

According to research by Wistia using thumbnails instead of traditional images in emails can improve greatly the CTR (by over 21%).

A study of WVO suggests that human photos increasing the conversion rates (until 95% more) on websites.

Finally a note by Variety shows that simply replacing a frame in the video song from “Ghost” movie with another frame from the same film, sharper and with more appeal, led to a 4000% growth in views after only 2 weeks.

These strategic and stylistic choices are part of any good video marketing plan. If often details make big differences, this seems to be the case. Try some different solutions and let us know about the results. We hope you found these suggestions useful to improve your video and increase your popularity.

How to set the url of your Youtube channel
The ideal ratio between views, comments and likes for a YouTube channel
Maximizing Your Reach on YouTube Music: the Stairway to Heaven
Buy YouTube Views for Beauty Gurus
Youtube and the international music market in 2023